Here's a concise, articulate description of the Feldenkrais Method & it's benefits from Dr Andrew Weil, a leader in the field of integrative medicine.

Feldenrkais and Parkinson's Disease
Here's an article by Ernie Adams, a Feldenkrais practitioner with whom I am studying the applications of the Feldenkrais Method to helping people with PD and other neurological conditions.

Feldenkrais and Cancer
Read about a research project initiated in San Francisco designed for women recovering from breast cancer.

Read about an Awareness Through Movement program at the University of Texas MD Anderson Cancer Center.

ON COMMUNITY AND SOMATIC INQUIRY

Zen Peacemakers/Bernie Glassman
"When we bear witness, when we become the situation — homelessness, poverty, illness, violence, death — the right action arises by itself. We don't have to worry about what to do. We don't have to figure out solutions ahead of time. . . Once we listen with our entire body and mind, loving action arises." Bernie Glassman

Relational Somatics
A cross-cultural, species-wide experiential look at what stories our bodies carry and practices for building greater empathic resonance in the global culture. 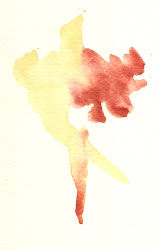